Marriage is seen as an unbreakable bond in Hinduism. Till a few years ago, it was considered a relationship of birth after birth, but now increasing cases of divorce and separation are putting a question mark on this belief. After all, why the unbreakable bond of marriage has become only a weak thread. Why today’s new couple are not able to maintain the marital bond with the firmness that their elders had once performed. Astrology can solve marital life problems in a jiffy. It helps you to get rid of the problems of your married life by uncovering them on the basis of your birth chart. Sometimes partners quarrel soon after marriage and sometimes they lose the charm of their relationship with the passage of time. There can be many reasons behind the quarrels, disagreements and finally hatred between the newlyweds, but astrology looks at every problem in married life from a different perspective.

A marriage problem is nothing but the result of the influence of bad planets present in our birth chart whose string is somehow connect with our past lives. Astrological Yoga can help you to know why in this life you are facing problems in your married life. Astrology can definitely bring your married life back on track but to make a correct marriage prediction one needs to check many things which only an expert and learned astrologer can do. So choose your astrologer very carefully.

Marriage is the most important decision of our life and we should take the decision of marriage only under the guidance of astrologer. Mostly the lack of mutual compatibility becomes the main reason for the quarrel between husband and wife. Therefore, before tying the knot in married life, It is very important that once the horoscope match and you should consult with an expert astrologer. Marriage astrology calculates 10 most common problems faced in married life. It is important to know that these problems can be solved with an effective astrological guidance.

Partners fail to understand each other when there is Bhakoot dosha in the horoscope. The birth constellation and zodiac lord show the mentality of the natives. For mutual compatibility, it is very necessary to have friendship between the zodiac and constellation owners.

In the initial stages, the couple tries to suppress the grievances instead of arguing or discussing them. But with the passage of time, misunderstandings pile up and bitter relations start forming between them. The position of Mercury and 2nd house will play a major role here.

Sometimes a life partner wants to make his partner exactly like himself. This is practically not possible and repeated interference leads to sour relations. Intervention should be within limits and should not overwhelm mutual synergies.

If inauspicious planets affect the Lagna or Moon in the horoscope, then the person can have extramarital relations. It destroys the sweetness of marriage.

Sometimes financial problems also create huge problems in marriage. The wife may expect her partner to provide her with financial security which the male partner may be unable to meet. In such a situation, mutual estrangement starts.

This happens when both the partners are working or earning. If one’s salary is higher than the other, it can give rise to feelings of jealousy or insecurity. This creates distance between life partners.

Lack of sexual relations between husband and wife can also find due to overwork or fatigue. It wears out the charm of married life over time. According to astrology, if the couple takes measures to strengthen Venus, then mutual attraction is increase. Venus considers being the factor of romance and love in the horoscope.

Both husband and wife may belong to different cultures and hence it is natural to find differences in their thinking and values. This can become a major cause of disagreement and bitterness between the couple.

In some cases, the girl gets fed up with her in-laws because of their excessive interference and it becomes difficult for her to adjust with her in-laws. This gradually creates differences between the matrimonial couple. For the native, the fourth and tenth house are the house of father-in-law and mother-in-law respectively. An astrologer can suggest remedies to rectify these bhavas so that their marital relationship can be improved.

Generally people consider age difference while getting married but in some cases people of different ages get married. This results in differences in views and preferences in life. The older partner may find the younger one boring while the older partner may find the younger partner very childish. The planet Shani usually gives age difference in marriage relationships which can be dealt with by the most effective remedies of the planet Shani to reduce its bad effects on the life of the couple.

How can an astrologer help you lead a happy married life?

Our birth chart is the record of our whole life. Through this anything can watch and know. An astrologer can give complete details of married life just by looking at the birth chart of the native. Dasha of seventh house and its lord indicates problems in married life. It is important to understand that if astrological yoga works, then astrological remedies must also work.

Astrology can solve 100 percent any type of marital problem. Only a learned astrologer can correctly predict the marriage which will solve the problem in a true sense. The measure take to remove the malefic effects of planets. Once the sin effect subsides, the native starts thinking logically. The native starts getting help in strengthening his married life from all sides and it all starts miraculously. You will be completely amazed by the power of astrological remedies like gems, rudraksh, donation, mantra chanting, yantra and worship etc.

effective ways to save marriage

Do not rush to break the relationship and think logically

It is common for relationships to become very bitter when they decide to separate or get a divorce. However, it is not advisable to make hasty decisions. Just because you don’t like a person, it doesn’t make sense to decide to break up a relationship. A person can dream of living happily with another partner after getting a divorce but remind you, an afflicted 7th house will not allow you to settle down no matter how many partners you change! There are different houses for different numbers of marriages but the seventh house is the main house giving the overall picture of your married life. It is not necessary that after the breakup of the relationship, you should find another partner who is more suitable for you. Apart from this, problems in married life also give trouble in business and career as 7th house is also associate with career and work of the native. Take astrological guidance to understand the true picture of your marriage. Maybe your experienced astrologer can show you what you haven’t seen yet!

Apart from this, to remove tension in husband and wife, you can directly connect with our world famous astrologer through our page dainikastrologyservices. Who is fully capable of solving any of your love problem solution. 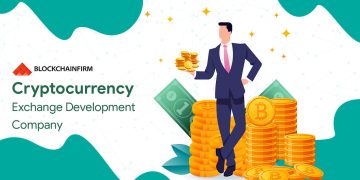 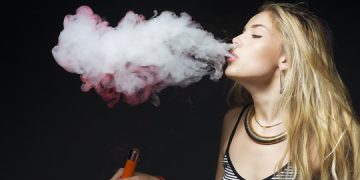 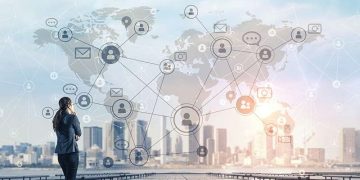